A cultural center in a beautiful, historic ironworks setting! Not far from Uppsala, Gävle and Stockholm you will find this little oasis of ironworks history from the 16th to the 20th century. The manor house grounds from the early 18th century was designed of one of the most famous architects of the time, Carl Hårleman.

Here you will see the traditional structure of the Walloon works with its long, straight streets and the manor house beautifully situated by the water. The manor house park boasts a stately 250 years old linden-lined avenue and a cross-shaped pond in the middle.

There is much to see and do in and around the manor house grounds. The unique and only surviving Walloon forge, the Orangery Garden, the Carriage Museum, the Agricultural Museum, antiques shop, second hand shop, forge, art gallery, shop and café.

The manor house and the surrounding area is a popular attraction for individuals and groups alike with its annual recurring events like exhibitions, concerts, theater, fairs, architectural maintenance camps, guided tours and ghost tours.

During the scheduled guided tours of the forge and manor house during summer, the visitor will learn about the importance of the Walloon work in the Swedish industrial history all its colorful owners from Gustav Wasa, the de Geer, Grill and Tamm families as well as the famous painter Bruno Liljefors’ time at the manor. Today, the grounds and all the buildings are owned by Stiftelsen Österbybruks herrgård and all buildings are listed. 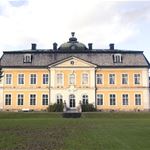 Entfernung: 42 Meter
At Wärdshuset Gammel Tammen you are staying in a genuine manor house atmosphere with the world-famous Walloon forge just around the corner. Enjoy lovely food and comfortable beds for a weekday stay, a conference or a celebration.
Buchung 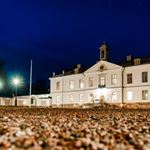 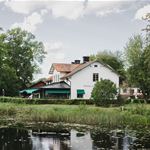 Entfernung: 24,2 km
In the middle of the well-preserved Walloon ironworks village of Forsmark you will find Forsmarks Wärdshus, housed in the old dairy. The inn is situated in beautiful environments on the village pond which served as an important source of power for ironworking in earlier days. We welcome you with proud tradition to our historical inn.
Buchung
Build: 29.07.2021 16:40:24, Host: online3core18, DB: o3.cbguide-6632.cbischannel-14995.v1 online3data04.db.citybreak.com:8080, Controller: Todo, Action: showdetails